The Switch4Good Theory of Change

As with any organization that tries to make effective change on a global scale, we often get asked a philosophical question.

“What does Switch4Good stand for?”

While the answer to a question that vague can lead us to long-winded conversations about human behavior, socio-economics, and the nature of existence itself, it’s important to provide underlying principles that drive the choices we’ve made to position ourselves as an agent of effective, transformative work. So here goes.

We believe that we can create a healthier, kinder, and fairer future for all. We believe that helping the world adopt a dairy-free, plant-based diet will get us there. We believe that people who adopt a plant-based diet will unlock the true potential of their performance, no matter the nature of their physical expression. We believe that eliminating our dependence on dairy will reduce global greenhouse gas emissions and fight climate change. And we believe that, whenever possible, scientific data should inform our work. Here’s what the data says: The cost of dairy is too high. It costs the cows their lives, it can cost us our health, and it’s costing us the planet. The real kicker is this: It’s totally unnecessary.

Why Dairy Is Our Entry Point

Switch4Good was founded on the principle that every person can lead a healthier life and perform at a higher level by transitioning to a dairy-free, plant-based diet. While Switch4Good does not promote the consumption or use of any animal products, we focus our attention solely on the impact of the dairy industry on human health, the environment, and animal wellbeing. We have found that limiting our resources to combatting the dairy industry’s interests allows us to be the most effective organization we can in today’s climate.

This decision is based upon three major factors:

Over one-third of Americans are lactose intolerant. Among certain communities of color— such as the Black, Asian, and Latinx communities, that rate skyrockets to 75-90%. The systemic disadvantages placed on certain communities as a result of public policies that promote dairy as healthy for all Americans is a form of discrimination known as dietary racism. While other diet-based interventions such as reducing red meat consumption or sugar intake focus mainly on long-term health benefits, only dairy reduction offers both long-term and immediate health benefits to millions of Americans from the day they make the switch.

In addition to improving human lives, there are currently almost 250 million dairy cows throughout the world, many of whom suffer greatly on factory farms. A complete transition to a dairy-free diet would equate to eliminating 1.5 billion years of suffering, which is roughly ⅓ the age of the Earth! You read that right. 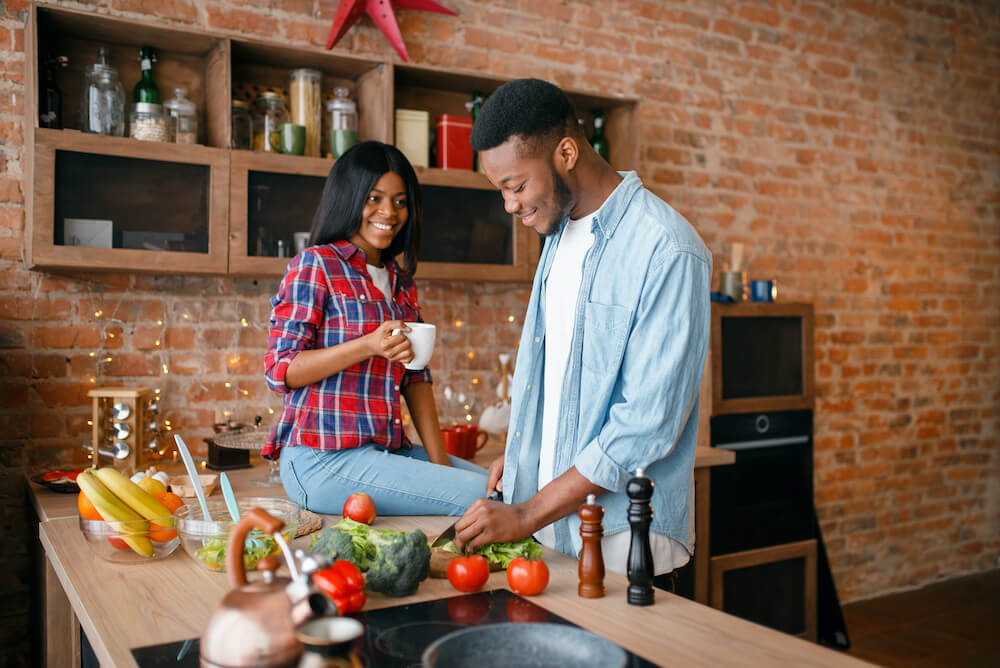 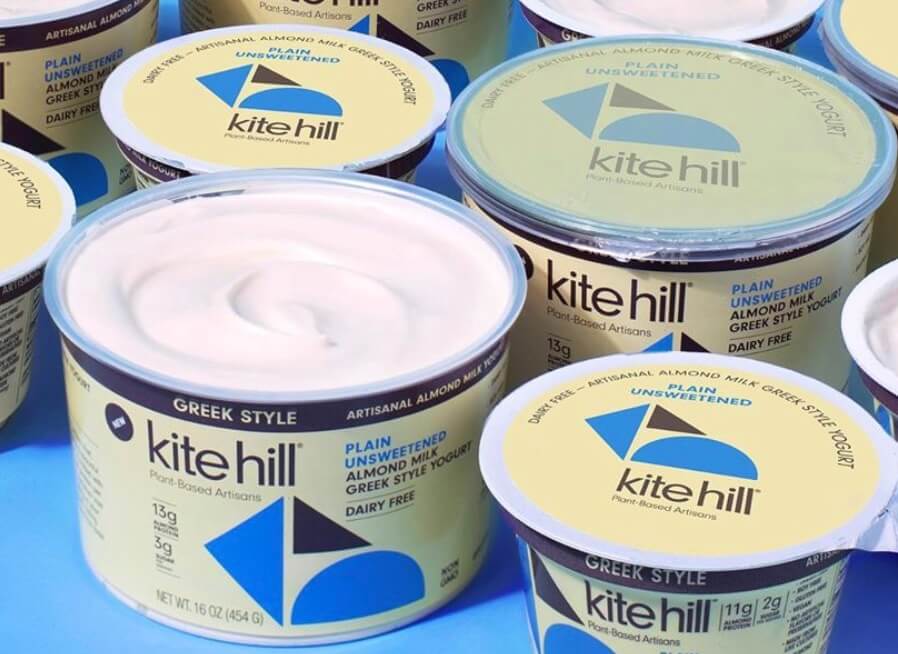 Among plant-based diet trends, no market is seeing more growth than dairy alternatives. Last year, Forbes reported that non-dairy milk was up 6% against traditional dairy milk in 2019, and oat milk surged 480% during the first weeks of the pandemic, making it one of the most sought-after items on grocery store shelves. Meanwhile, overall sales of traditional milk products continue to fall, with total sales dropping by over $1 billion in 2018. In less than two years since Switch4Good’s inception, searches for the term “dairy-free” on Google rose 543%. The market is primed for a readjustment, and careful education and policy advocacy regarding the added health and environmental benefits of the dairy-free diet will create rapid and lasting change.

Negligence of the Issue

We believe a dairy-free future is attainable, and yet dairy remains one of the most neglected issues among plant-based advocates. Traditional hierarchies of need within the plant-based movement tend to focus on intervention where the greatest number of animals can be helped. Because fish and chickens greatly outnumber cows, attention is often shifted away from dairy intervention. However, careful consideration needs to be paid to the order in which these interventions can be most effective. With so much indication that society is ready to embrace dairy alternatives, focusing on dairy in the next few years will create conditions where people are more aware of their diets and already predisposed to trying new plant-based alternatives. Investing in dairy-free advocacy now will have a ripple effect that will benefit the entirety of the plant-based movement, and it is here where we see our full theory of change take shape. 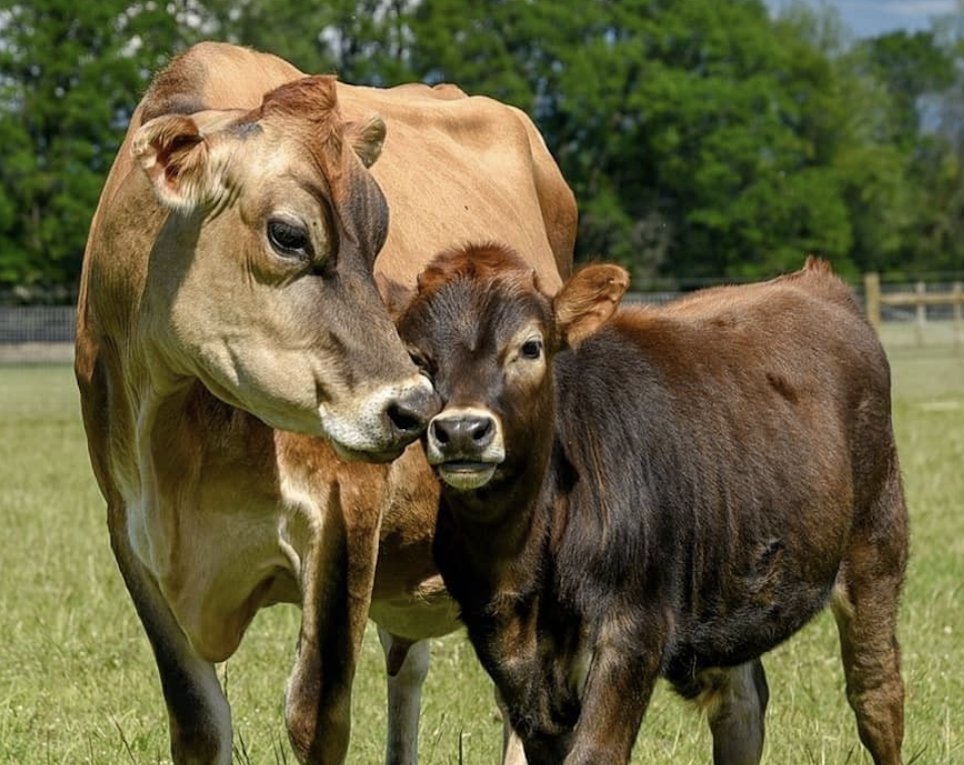 Our Theory of Change: Dairy as a Catalyst

A sustained and focused effort on shifting cultural perceptions regarding dairy will open doors for the plant-based movement, creating greater opportunities and magnified impact for all organizations working on health initiatives, climate change, and animal welfare. Plainly Stated: Dairy is the first domino to fall in a path to a sustainable, plant-based future.

As bold as the above statement is, this theory is not arrived at without careful consideration. Underpinned by a number of calculated assumptions that are outlined below, Switch4Good is focused on delivering measurable objectives that put us on the path to real societal change.

“Fight for the things that you care about, but do it in a way that will lead others to join you” – Ruth Bader Ginsburg

The calculus on what makes for effective intervention is complex. One way to approach the problem is to focus on where the most suffering lies. In the scope of animal agriculture, suffering is most profound in the billions of chickens and fish who are killed each year. But what about the human element? Not all forms of intervention are going to be viewed the same by the public, and no measurable improvements in animal agriculture can be made without the public’s buy-in, as society very literally votes for animal suffering with its wallet. By changing perceptions, we can prime our potential allies to join us in the monumental task before us. Market trends are showing us that non-dairy options are gaining traction among the general public. It is there which we must focus our efforts to achieve a critical mass of support for the movement. And to do that, we need to upend the traditional model of change.

If you ask a former omnivore to describe their journey to a plant-based lifestyle, you’re likely to get a variation of the following progression. Most omnivores first limit their red meat intake, followed by other meats such as chicken and fish. Often, eggs, milk, and cheese are the last remaining animal products to be eliminated from one’s diet before the transition is complete. In fact, it is likely that many people find this last step to be the hardest part of the transition, in part because dairy products like cheese are often used as substitutes in meals where meat was heavily featured. There is also a disconnect between people and food—while it’s clear that eating meat leads to killing animals, it’s less obvious that animal products also contribute to an immense amount of suffering and death.

Switch4Good is turning this model of progressive diet change on its head. By meeting omnivores with dairy-free messaging, we can provide a new path to a plant-based diet. Once the most tractable plant-based options become part of a transitioning omnivore’s everyday life, those people will be much more likely to be receptive to, and even seek out, plant-based options that eliminate other forms of animal products.

On Measuring Diet Change: Like other behavior-based social movements, it can be difficult to identify supporters’ efforts to put new ideas into practice and even more difficult to figure out which of those ideas can be credited to our interventions. Switch4Good is working on developing a multi-pronged approach that combines self-reported data, market trends, and supporter engagement to answer this question. We always welcome thoughts, recommendations, or collaborations to improve the way we collect and analyze data.

As with any movement, garnering widespread support from stakeholders with varied backgrounds and experiences is key to creating societal change. This is why Switch4Good’s theory of change relies on understanding the current plant-based movement and identifying key ways to turn weaknesses into strengths.

Much of the current messaging around plant-based diets is focused on altruistic motivations. Current plant-based supporters are likely to claim reduction in animal suffering or a desire to positively impact climate change as the reason they made the switch.

Switch4Good is focused on reaching a new audience. Most people identify self-interest as a primary motivator for their choices. By leaning into that motivation through education and research that shows that a dairy-free lifestyle can increase performance, reduce illness and injury, and help achieve goals, Switch4Good is locked into a still-untapped market of future dairy-free supporters. Furthermore, Switch4Good is capitalizing on sleek, athlete-forward marketing to deliver a new message to potential plant-based supporters: Dairy-free isn’t just healthy, it’s cool. Much like how the “Got Milk?” campaign found mainstream success through the use of athletes, Switch4Good’s messaging will create a dairy-free persona for a new generation.

Diet change can be about so much more than doing something good for animals, the planet, and your health. Making informed decisions about your body is a form of empowerment. And when a product like dairy—which makes ⅓ of Americans and ⅔ of the globe sick—is promoted as healthy, people are robbed of the ability to make informed choices for themselves. By educating the public about the reality of dairy, providing research that allows everyone to explore the truth for themselves, and directly addressing power structures whose policies put communities of color at a disadvantage, we can make dairy-free more than a healthy choice, we can make it a call for justice.