Many of the elite athletes that proudly represent Switch4Good have been dairy-free for years. For them, it’s easy to look back and say the transition was a breeze. But what about those still in transition? To gain some fresh perspective, we interviewed Nino Irgolic, a 21-year-old professional soccer player who went dairy-free just a few months ago. Nino opens up about why he made the switch, the benefits and challenges he experienced, and his current dairy-free nutrition and training regimen.

Tall Kid Gets Put in Goal

Nino currently plays goalkeeper for NK Maribor, a professional football (aka soccer) club in Slovenia. Like many European countries, soccer is big—second to skiing, according to Nino. As this soccer-loving culture would have it, Nino started playing at eight years old. “I was the tallest kid and could reach the top of the goal post, so they put me in goal,” explained Nino. His 6’2” frame served him well as he developed his skill, eventually playing for the Slovenian national youth team and signing his first professional contract in 2018. 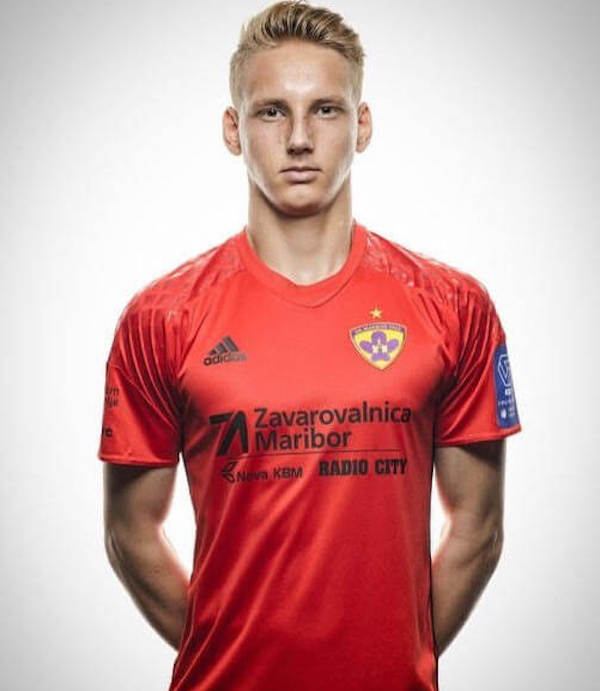 While officially a professional athlete, Nino started out as the third goalkeeper, meaning his position on the team was tentative and he was unlikely to experience much play time during games. Determined to add value to his team and prove himself as an athlete, Nino began to look for something that would set him apart. “I knew I must improve my skills, my ability, and my performance, so I started looking for answers to improve. I consulted a nutritionist, and they prescribed eggs in the morning, chicken for lunch, and fish for dinner with vegetables and fruit.” Nino didn’t take well to this diet, however. He said he ate “a lot of cottage cheese and Greek yogurt,” but his body reacted negatively, resulting in uncomfortable bloat and a stagnation in his performance. After doing his own research and discovering other plant-based professional athletes, he decided to give this progressive lifestyle a try.

Despite the significant amount of dairy he was consuming, Nino dropped dairy overnight. “It wasn’t hard,” Nino explained. “I found many dairy alternatives.” Over time, he also decided to commit to a fully plant-based diet, dropping other animal products as well. “I knew this was the right way; this was the right food,” he stated.

For Nino, the benefits of ditching dairy occurred almost immediately. Within two months of making the switch, Nino lost 15 pounds and began to build the weight back with more lean muscle mass, in conjunction with his training. He mentioned that his teammates have noticed his physical transformation in the locker room. “I want to prove to them and myself that by eating this kind of food, I can be in the best shape of all the players. I must be,” Nino resolved.

Figuring Out the Food

Still relatively new to the dairy-free (and plant-based) lifestyle, Nino is paying close attention to what he eats, particularly when it comes to portion sizes. He admitted that he ate too little at first, but has now developed a solid arsenal of meals that provide a sufficient amount of calories. He even signed up for the Rich Roll plant-based meal planning service for a bit more insight and inspiration. When asked about his new go-to foods, Nino’s smile widened. “I have so many options and recipes that I didn’t know of before,” he beamed.

Beyond the field, the kitchen is his playground. He makes his own buckwheat bread and discovered an affinity for making (and Instagramming) smoothie bowls. The Nino Special involves blueberries, banana, turmeric, black pepper, salt, cinnamon, and protein powder blended together and artfully topped with an assortment of berries, granola, goji berries, and coconut flakes. This typically serves as his post-workout meal. For training fuel, he also loves baked beans with “lots of veggies” mixed with tamari and Indian spices, substantial salads, quinoa, and plant-based soups.

This fuel helps him give 110% during training sessions which involve drills, strength training twice per week, and regular sprint and agility work (the latter he does on his own). 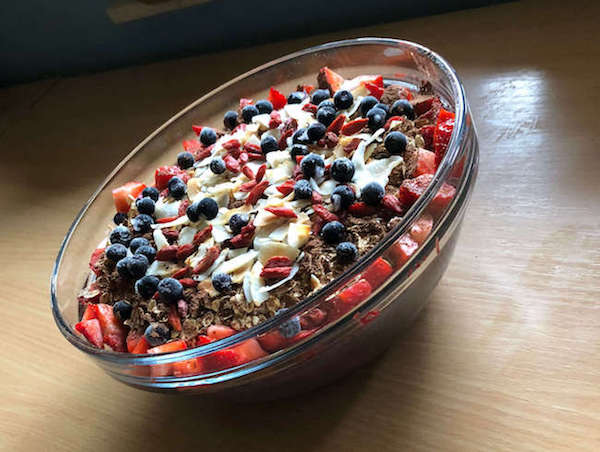 As is evident by the advice given to him by that first nutritionist, dairy-free diets haven’t quite become popularized in Slovenia or the soccer world. Nino described the national diet of being very grain-heavy, but also incorporating meat and dairy—though not to the extent of the United States. His new way of eating definitely caught the eyes of his teammates, who looked at his heaping plate of produce with raised eyebrows (and some even asked if he was going to get fat, based on the portion). Nino laughed as he described the new team environment at mealtimes. In line with Slovenian tradition, no one leaves the table until the last person finishes their meal. Due to the quantity of food Nino has to eat and his affinity for enjoying his food, he is often the laggard at the table, causing his teammates to sit patiently while he savors his plant-based fuel. It’s not an issue, Nino assures us; it’s just the new norm.

Nino is enthusiastic about the upcoming season and we’ll be rooting for him when matches pick up again in late August. With dedicated training and a dairy-free diet, Nino is well on his way to being an unstoppable goalkeeper! 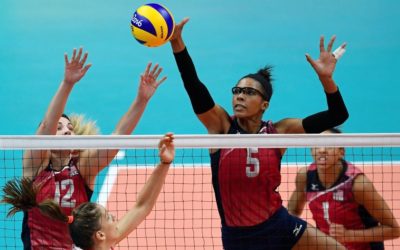