Milk and Osteoporosis: The Calcium Myth

In 2009, I was part of a UCLA study of cyclists and triathletes that looked at how endurance exercise impacted bone density, testosterone, and the production of inflammatory cytokines produced during long, frequent periods of exercise. Some of my cycling teammates were enticed to sign up because the tests included a free body fat percentage scan, but it turned out that the DEXA scan’s most important feature for me was its ability to measure bone density. Of the 200 athletes tested, I had the worst (lowest) bone density. Having broken my pelvis twice in bike racing crashes prior to the DEXA scan, it wasn’t totally unexpected, but it did alarm the doctor conducting the study who urged me to see a doctor to get on prescription meds. I didn’t, and five months later, I broke my hip in another bike race and was forced to address the osteopenia weakening my bones that would devolve further into full blown osteoporosis. I grew up in a household that believed drinking cow’s milk several times a day was all we needed to build strong bones—so how did this happen to me?

Osteoporosis: Who Is at Risk

Bone density issues often plague cyclists because it is a non-weight-bearing sport. Since cycling had been my primary form of exercise for the last several decades, the odds weren’t in my favor. Further, problems with bone density often occur with “small-boned” people, and since I weigh in at 132 pounds, that accurately describes my bone structure. So, I had a couple things working against me, but I trusted that the cow’s milk that I drank daily would counteract these pre-existing conditions. I was wrong.

The dairy industry preaches that we need to drink cow’s milk several times a day in order to get enough calcium and vitamin D to build and maintain strong bones. I drank plenty of it—often chugging a quart of chocolate milk after a workout because I saw professional and Olympic athletes in commercials and magazine ads doing it. But that ended up causing me gastric distress (I’ll spare you the intimate details), and my bones were weak and broke easily anyway.

According to a study published by the British Medical Journal, hip fracture rates are highest in countries with the highest calcium consumption. Women who drink the 3+ glasses of milk per day recommended by the US Department of Agriculture increased their risk of hip fracture by up to 60 percent. So why are we told to drink milk to build strong bones?

The British Medical Journal’s research indicates that the milk sugar D-galactose promotes oxidative stress and inflammation, which are linked to decreased muscle and bone mass. Also, too much phosphorus—necessary for calcium absorption—is not beneficial. Cow’s milk is high in phosphorous, which may lead to calcium resorption, according to the Indian Journal of Clinical Biochemistry.

What Other Foods Have Calcium?

Instead of relying on cow’s milk, Amy Joy Lanou—author and chair and professor at the North Carolina Center of Health and Wellness at the University of North Carolina Asheville—advocates getting calcium from plants. She points out that calcium ingested from a variety of plant-based sources is up to two times as bioavailable as calcium ingested from cow’s milk and dairy products such as yogurt and cheese. According to The American Journal of Clinical Nutrition, one cup of cooked kale has the same amount of absorbable calcium as one cup of cow’s milk. 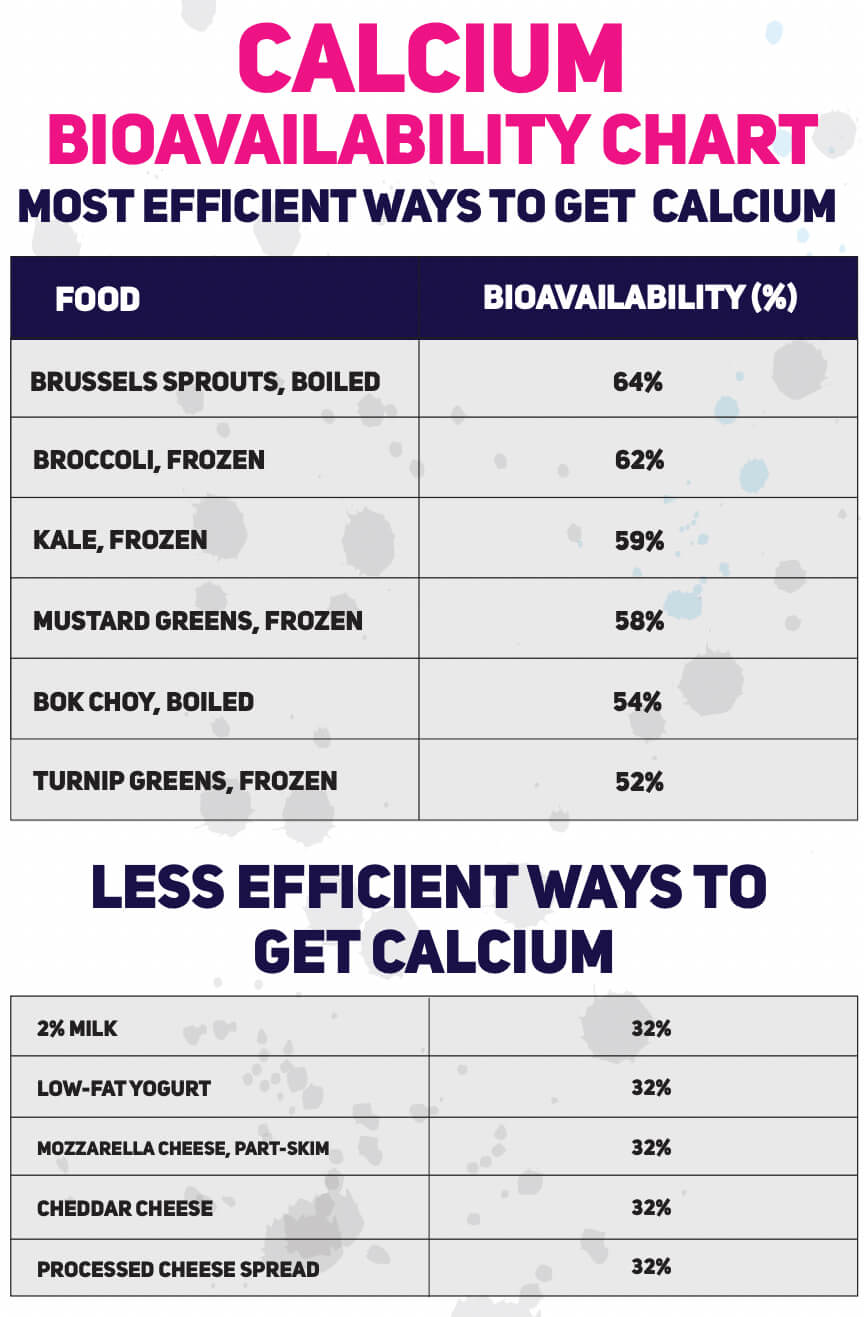 “People don’t know that they don’t need to have dairy to get calcium in the body. I think that’s a misconception out there. In a whole-foods, plant-based diet, you get all your nutrients if you eat it correctly, and you can build strong bones just through a plant-based diet,” said Dr. Micah Yu, a rheumatologist, board-certified internal medicine doctor, and certified lifestyle medicine doctor based in Southern California.

What Should I Buy When Shopping For Calcium-Rich Foods?

The next time you’re at the grocery story and looking for calcium-rich foods, add the following items to your grocery list:

Can You Get Too Much Calcium?

What we don’t need is to increase our calcium intake to build strong bones, according to the World Health Organization. They advocate that countries like the US that have high rates of hip fractures from the overconsumption of calcium reduce the daily intake to 400-500 mg, which is far less than what the dairy industry has been telling us to get. The dairy industry recommends 1000 mg per day for adults, 1300 mg per day for adolescents, and 800 mg per day for children. The calcium in dairy products also comes with the added risks of heart disease, prostate cancer, and diabetes. 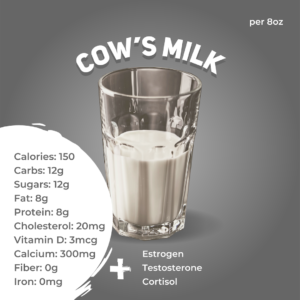 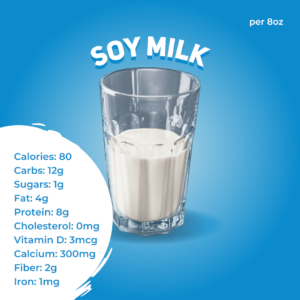 Can You Heal Osteoporosis?

A year after breaking my hip, I had to replace it, and a couple years later, I started a two-year course of daily injections to build back my bone density from osteoporosis to normal. Simultaneously, I added more weight-bearing exercise to my training program. It began with running and hiking, and eventually, I returned to the ice as a hockey player. And of course, I continued lifting weights several times a week as I did prior to breaking my hip. During that process is when I switched from vegetarian to vegan, hence removing all dairy from my diet. A session with a nutritionist put my mind at ease when he reassured me that I was getting more than enough calcium from my plant-based diet. Enough so that I do no longer need to take calcium supplements. It turns out that the best way to build strong bones is to eat more fruit and vegetables.

“Evidence collected during the past 20 years shows that we need to rethink our strategies for building and maintaining strong bones throughout our lives,” said Lanou. “Milk is unnecessary.”