It’s sometimes hard for people to change what they don’t know, and one of the best ways to spread an educational message is through the power of inspiring films.

Marc Pierschel is a documentary filmmaker who has been advocating for animals personally and professionally for decades.

He created an online vegan store, which still operates today, in 2002 and wrote a German vegan cookbook in 2009.

Most recently, he’s the plant-based pioneer behind the films Live and Let Live and The End of Meat and their production company, Blackrabbit Images.

Today he sits down with Dotsie and Alexandra to talk about his journey from vegetarian to vegan to animal rights activist.

He also shares some of the important insights from his films and chats about the vast cultural differences between the U.S. and Europe when it comes to embracing and expanding the reach of veganism.

Tune in to hear how this vocal supporter leads by example and education and, after this episode, check out The End of Meat on Amazon Prime.

It’s my personal experience as a vegan that I think the best tactic is to lead by example and show everyone how easy and how tasty this lifestyle can be. – Marc Pierschel 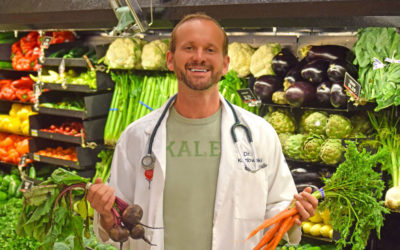