Everyone on the farm loved Tilly. I still remember being introduced to her; the farmer and his family couldn’t wait for me to meet her. She was the oldest cow in the herd and had rightly earned her place as the head of it. Not only that, but she was ‘top cow—’ the cow who consistently produced the most milk every year. That was how she came to be the oldest cow in the herd, although it also had helped she was regarded as the family favorite. The yellow tag in her ear bore the number 16, but ever since she was a few days old, she had been given the name Matilda—Tilly for short.

A large, black and white Friesian, she had been separated from her mother shortly after birth and plopped unceremoniously into a barn, along with all the other calves who had also been taken from their mothers. Most calves on the farm did not receive names—only numbers—but when Tilly was born into the world, her size, color, and markings meant she was destined for a special purpose. She had been handpicked by the farmer’s son when he was a young lad, for Calf Club.

What is that, you’re probably wondering? Calf Club is an annual tradition of many years in New Zealand and is like a school Pet Day, only it requires a lot more effort and is a good deal more competitive. Over the years, Calf Club has come to include lambs and kid goats, too, but regardless of the species, a newborn farm animal is given to or chosen by a school-age child and it is their responsibility to feed, groom, and train that animal for at least two months. It’s highly thought of as a test of responsibility, discipline, and commitment. Every day, twice a day, rain or shine the kids go out and spend hours with their farmyard pets before and after school. More than that though, the kids bond with their special calf. The calf becomes a big part of their life, the subject of their school stories.  The animals get daily cuddles and head scratches and come to love and trust the small humans who care for them.

As soon as the grand competition day is over, however, and all the ribbons are given out and the animals are trucked home, the commitment ends. If an animal is on ‘loan’ to a family from a farmer, he or she gets sent back to where they came from. If the child already lives on the farm, the calf gets weaned and is reunited with the other ‘weaner’ calves who are now old enough to be out of the barn.  This scenario is only true for dairy calves, like Tilly. If the calf is a ‘beef’ breed, like a Hereford, he either gets sold to someone who wants to fatten him up or is put out to pasture until he’s big enough to be slaughtered. Either way, from here there are no more cuddles. No more visits. No more brushing. From now on, the only contact with humans they will know for the next two years is when they arrive with motorbikes and dogs to chase them from one paddock to the next until they are old enough to have calves of their own. But those animals don’t forget the care and affection their humans once showed them, even if they don’t understand where they have gone or why things changed.

The Human and Animal Bond

By the time I met Tilly, the farmer’s son had grown into a young man and she was an adult, too. Even though it had been years since the two of them won prizes at Calf Club and he had left home, she still recognized him on his return, and he looked forward to seeing her. “Check this out, she loves this,” he grinned, wandering over to her. As soon as she saw him, Tilly’s head popped up and he was soon scratching her vigorously on her large forehead. “Come and meet her!” he beckoned me over. Tilly was easily the largest cow I had encountered and I gingerly stood beside her and ruffled her fur. Before I knew it, her giant head swung round and she began enthusiastically rubbing her neck up and down almost the entire length of my body. I couldn’t believe it, she was so strong, I had a job to stay on my feet! “Don’t worry, that means she likes you!” the farmer’s son laughed, seeing my worried expression. Tilly had decided I was alright, and from then on, I always looked forward to seeing her, too.

A couple of years later, I found myself working on that family farm. Tilly came into the milking shed at the same time every single day and it always made me smile to see her. You would see her waiting in the yard and woe betide any other cow who thought about taking her place at the front of the row—she would bulldoze them out of the way! After so many years, Tilly knew all the tricks. She knew if she stood at the front of the row in the herringbone-style milking parlor, she would be the first to get let out of the gate and get a head start on the other cows, who were all eager to get the twice-daily drudgery out of the way and make a beeline for the fresh, new grass waiting for them. Tilly was also the only one who never got reprimanded or punished for kicking the milking cups off. She would decide when she was done being milked out, and as soon as she was finished, she would kick the cups off and leave them there on the ground—still suctioning away—rather than wait for the farmer to get around to taking them off himself. Any other cow would have been punished or sworn at for doing that, but not Tilly. It was one of her endearing, predictable quirks. That was just what Tilly did.

During my years on the farm, I fed and raised some of Tilly’s babies, too. I still remember how it was each time I witnessed one of them being transported away to the barn in the back of the trailer, just as she had been herself as a newborn. She didn’t fight, didn’t bellow frantically like a lot of the other mother cows. You could tell by her expression, her demeanor, her eyes—that defeated, downtrodden look in her eyes—that she just expected it. Tilly just got on with things, the way she always did. To me, watching from the outside, it made me feel sad to witness her quiet acceptance. But what was the point in fighting? And besides, it had happened to her so many times before. Tilly had daughters in the herd—full-grown dairy cows now. I often wondered if she even knew them any more, if she realized they were her babies. If she did, there were never any signs. Maybe it had just been too long. Maybe they had just got to spend so little time together in the first place, there was no hope of them ever recognizing one another. That made me sad, too.

Time for ‘The Truck’

For years, Tilly continued to be one of the top-producing cows in the herd, but as happens with age and no doubt physical and emotional stress on the body, the time came when her milk production started to drop. One year, she didn’t become pregnant. A younger cow would have probably been given a second chance, but for Tilly, her age was against her and the farmers decided it was time for her to go ‘on the truck’.  I couldn’t believe it—not Tilly! Why could she not just be retired and live the rest of her life in peace? The farmers were saddened but there were no tears. It was always going to happen, this was just the way things were. Tilly had done a ‘good job’ and fulfilled her purpose and now her time had come. The day she was put on the truck to the slaughterhouse, Tilly was 16 years old, like the number on her tag. During those 16 years, she had given birth to 14 babies. Every single one had been taken away from her within hours of their lives.

It’s been over 10 years since Tilly left this earth. I haven’t forgotten her. I know for a fact the farmers haven’t forgotten her either, but their memories will be different from mine. They’ll remember with fondness how she loved to have her head scratched and they’ll still chuckle when they remember how she always used to kick the cups off at milking time. She’ll always be the best cow in the herd, everybody’s favorite. But it will never occur to them that Tilly gave her entire life, her milk, and her babies for them. It will never occur to them how she had no life but a mere daily existence, for 16 years. They will never stop to consider—as they watch their own children and grandchildren indulgently—that they robbed an entire species of their families and stole milk (which was not given, but taken) from mother cows, which was intended for their babies.

I wish now I’d been stronger, Tilly, and spoken up for you. Maybe I could have saved you.  Back then, though, I hadn’t found my voice. But I will share your story now, with anyone who will listen, so people can know the truth about what happened to you and continues to happen to the billions of others like you. It’s the very least I can do. 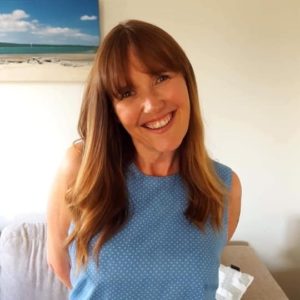 This story has been written for your consideration by Jackie Norman, writer, researcher, and speaker.