Soy: Alleviating Fears and Shooting Down the ‘Bro Science’ About This Therapeutic Plant Protein

Perhaps one of the most misunderstood and maligned plant proteins is soy. I hear it in the locker room all the time. Men are refusing to eat soy in any form because they fear growing breasts, or they limit their intake of soy milk, tofu, edamame, and tempeh thinking they need to restrict their “consumption of estrogen.” Women fear that soy products will mess with their hormone balance, believing that it may lead to breast cancer. I knew these “bro science” fallacies couldn’t be true, but after hearing “I can’t have soy milk because my mom has breast cancer” and “My dad had prostate cancer so I can’t have soy” enough times, I needed to get the facts.

“There are a lot of misconceptions about soy … from the whole community, whether it’s plant based or folks who are afraid to start eating more plants. It’s sort of grown on reputation in itself, sometimes I think purposely by some organizations, but the fact of the matter is that soy will not make you grow breasts. The major confusion is that soy has phytoestrogens (plant-based compounds that elicit similar effects as estrogen) that are plant-derived. The confusion or misconception comes from whether or not these phytoestrogens promote estrogen. That’s the biggest fear,” said Dr. Christian Gonzalez, a Los Angeles-based naturopathic doctor specializing in oncology and environmental medicine.

Let me cut to the chase—the phytoestrogens in soy do not promote estrogen. Soy will not disrupt your hormone balance. Consuming soy will not increase your risk of getting breast or prostate cancer.

“The beautiful thing about soy in general or nature—the power of what plants do—the intelligence behind it is that soy acts in a different manner. As a phytoestrogen, soy actually blocks those estrogen receptors. Instead of promoting estrogen, it helps balance and control estrogen,” said Dr. Gonzalez. “Soy will not disrupt your hormones. It will actually help, especially women. If you think about the influence of estrogen in the body, when we have sluggish livers or issues with moving your bowels, the estrogen breaks down into three separate forms. The most carcinogenic form of estrogen builds up in the body and binds to these estrogen receptors on the cell. By binding to these receptors on the cell, it’s promoting cancerous growth. Soy, as a phytoestrogen, has the ability to block the binding of the cancer-causing form of estrogen by blocking those receptors that the cancer-causing form of estrogen binds to. Thus, it’s really protective.”

When I hear people convey bad information and perpetuate unfounded fears about consuming soy, I think about countries and cultures that have diets rich in soy. They do not suffer overwhelming health problems and the reality is that men are more likely to grow breasts by getting fat on the standard American diet than from eating soy.

“One of the bigger keys of the power of soy is when folks are introduced to it at a younger age. In Japan, women or young girls who are eating soy from early on, because of that soy, had a reduced incidence of breast cancer. Just by coming to America and eating a crappy diet that is standard here, it only took one or two generations for their breast cancer risk to go up. The same goes for prostate cancer,” said Dr. Gonzalez.

When it comes to people who have or had prostate or breast cancer, they do not have to abstain from soy. In fact, just the opposite, according to Dr. Gonzalez.

There are other benefits to consuming soy—a less acknowledged benefit that exists is in your gut. “What I like that people talk about less is that—especially with tempeh and fermented soy—you’re helping your digestive system; you’re helping your gut. Gut health is connected, especially with the microbiome [a community of microorganisms that includes bacteria, fungi, and viruses that inhabit a particular environment]. When you’re feeding it well with the correct foods, you’re helping to reduce inflammation. Reduced inflammation is going to help reduce delayed-onset muscle soreness, helping increase blood flow. Thus, your muscles are feeling better. You’re feeling stronger. So, soy is a therapeutic food in and of itself,” said Dr. Gonzalez.

“Even if we go back to the hormonal influence, it is not affecting hormones the way we thought it was. Now you’re getting soy mechanism or action that is actually reducing the estrogen for athletes, which is major because what you want, especially for male athletes, is that testosterone pumping. That’s major for athletic performance. But I think the biggest benefit for athletics is for the recovery, for reducing inflammation, for the amino acid profile…that’s really important.”

Is Soy Safe for Everyone?

One of my hockey player friends says she can’t consume soy because of her thyroid while one of my teammates tells me that he’s allergic to soy. I asked Dr. Gonzalez if there is anyone who should refrain from soy consumption and why.

“If they have an autoimmune disease, it may react to the lectins [a type of protein that binds to sugar that can reduce the body’s ability to absorb nutrients] in soy. Lectin can exacerbate autoimmune disease for some folks, especially those with thyroid issues.”

“Soy is one of the number one highly-sprayed foods. When someone says they’re allergic to soy, I always question whether they are allergic to soy or are they allergic to the pesticides that are sprayed on soy,” said Dr. Gonzalez.

Unless you have an autoimmune condition that impacts your thyroid, you are free to indulge in as much soy as you like without fear. Dr. Gonzalez recommends choosing high-quality, organic soy products. He’s a big fan of fermented soy such as tempeh, miso, and soy sauce. And you can have soy milk daily in your cereal, coffee, and protein shake.

“Soy milk is high in protein. They give athletes [cows’] milk and it kind of drives me crazy, because you have better, healthier, cleaner options.” 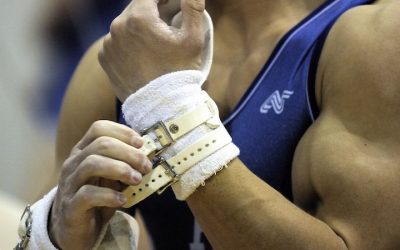 Guest post by Rick Scott (#veganhockeyplayer) The first time that I broke my wrist was in a 1983 on-ice collision when I was an 18-year-old hockey player. I broke my thumb near the same wrist a couple of years later in a bike race. When I broke the wrist again in 2007... 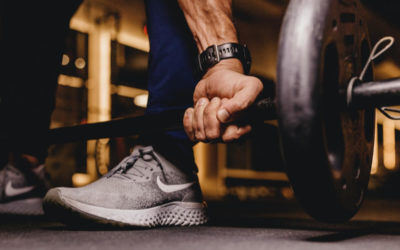 Plant-Based Diet and Longevity in Sport

Guest post by Rick Scott (#veganhockeyplayer) While the Fountain of Youth remains a mythical spring of restoration for anyone who drinks or bathes in its waters, many aging athletes are extending their competitive careers by turning to the restorative powers of a...

Tomorrow is the last day. 🐄🥛❌ This time th

The @gotmilk campaign is back, and our professiona

3 days left, and they are trying to drown our voic