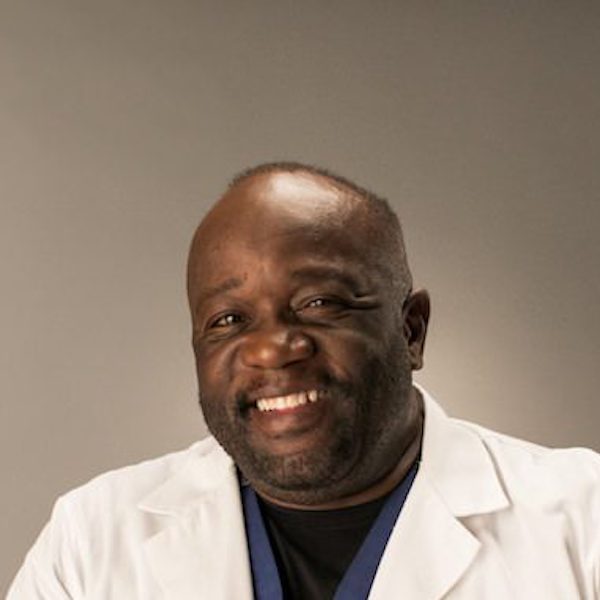 Dr. Milton Mills is the Associate Director of Preventive Medicine with the Physicians Committee for Responsible Medicine (PCRM)
and co-author of PCRM’s report on Racial and Ethnic Bias in the U.S. Dietary Guidelines. Dr. Mills serves as the Race & Nutrition
Specialist and Board Adviser for A Well Fed World. Whether internist Dr. Mills is practicing at Fairfax Hospital in Virginia or at
free clinics in Washington, D.C., his prescription for patients is likely to include some dietary advice: go vegetarian. “Medical research shows conclusively that a plant-based diet reduces chronic disease risk, so that’s something I absolutely encourage my patients to move toward,” says Dr. Mills, a graduate of Stanford University School of Medicine. Dr. Mills doesn’t limit his message to his patients. He takes it to audiences around the country as well, speaking at hospitals, churches, and community centers. 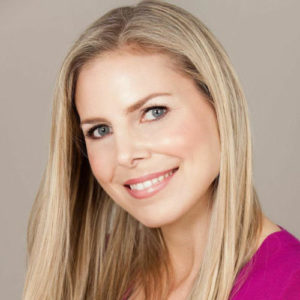 Cynthia Sass is a plant-based performance nutritionist with master’s degrees in both nutrition science and public health. One
of the first registered dietitians to become a Board Certified Specialist in Sports Dietetics, she has consulted for five professional sports teams in the NBA, NHL, and MLB. She has worked one-on-one with Oscar, Grammy, and Emmy winners, and professional athletes in numerous sports. A three-time New York Times best selling author, Sass is also a frequent writer, plantbased recipe developer, and media guest. She has appeared on numerous national TV shows, including The Today Show, Good Morning America, CBS This Morning, The Rachael Ray Show, The Martha Stewart Show, The Dr. Oz. Show, Nightline, and many others. Sass also has formal training in plant-based organic culinary arts and mindfulness meditation. She owns Sass Consulting Services, Inc. based in Los Angeles, and specializes in sports and performance nutrition, plant-based eating, and nutrition for optimal health and longevity. 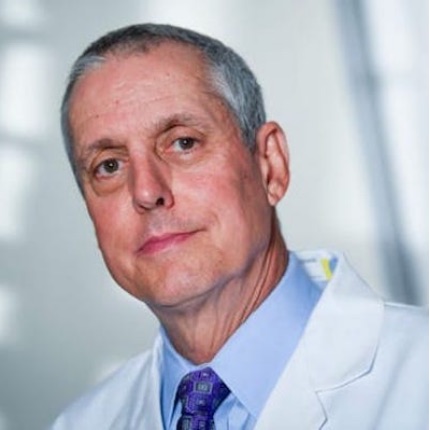 James F. Loomis Jr., M.D. is the medical director of the Physicians Committee’s Barnard Medical Center, where nutrition is just one of
the tools he and his team use to help patients get healthy and stay healthy. Dr. Loomis used Physicians Committee nutrition resources during his transition to a plant-based diet in 2011. Now—after losing more than 60 pounds and improving his cholesterol, blood sugar, and blood pressure—he advocates for others to do the same! Formerly the director of prevention and wellness at St. Luke’s Hospital in St. Louis, Missouri, Dr. Loomis was also the team internist for the St. Louis Rams football team, the St. Louis Cardinals baseball team, and the tour physician for the St. Louis Symphony Orchestra. He is board certified in internal medicine and was on the clinical faculty of the Department of Internal Medicine at Washington University School of Medicine. Dr. Loomis also received an MBA from the Olin School of Business at Washington University in St. Louis. 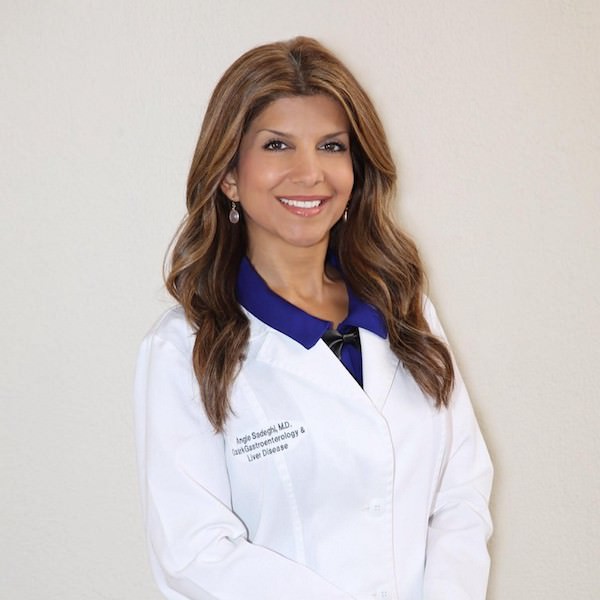 Having previously suffered from health problems such as severe eczema, elevated cholesterol, fatigue, and being overweight, Dr.
Sadeghi started eating a whole food, plant-based diet, adopted regular fitness into her life, and ultimately transformed her health and body. Dr. Angie offers a complete range of services to help individuals with gut problems, obesity, anti-aging, diabetes, heart disease, arthritis, chronic fatigue, chronic pain, and overall disease prevention. Combining evidence-based medicine, her expertise in the digestive system, and her passion for physical fitness and plantbased nutrition, Dr. Angie has developed a comprehensive approach to helping patients recover from illness and live a healthy life. Dr. Angie is a diplomate of the American Board of Internal Medicine and a diplomate of the American Board of Gastroenterology. She has extensive training from the University of Southern California (USC) and demonstrates exceptional commitment to excellence in treating diseases of the digestive tract. She is featured in three documentaries as a leader in the field of plant-based fitness for health and weight loss. 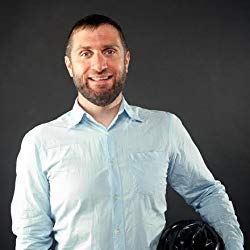 Matt Ruscigno is a vegan of 20 years and a leading expert in nutrition. He has a Nutritional Science degree from Pennsylvania
State University, a Public Health Nutrition masters degree from Loma Linda University, and certification as a Registered Dietitian—one of the only professional nutrition credentials. In addition to working with vegetarian clients and athletes, Matt is the Past-Chair of the Vegetarian Group of the Academy of Nutrition and Dietetics. He is a co-author of the No Meat Athlete book with Matt Frazier and Appetite for Reduction with Isa Moskowitz. In his spare time, Matt is an endurance athlete, having accomplished numerous marathons, ironman triathlons, 200+ mile cycling events, and 24-hour races. For Matt, fun, adventure and good health go hand-in-hand. 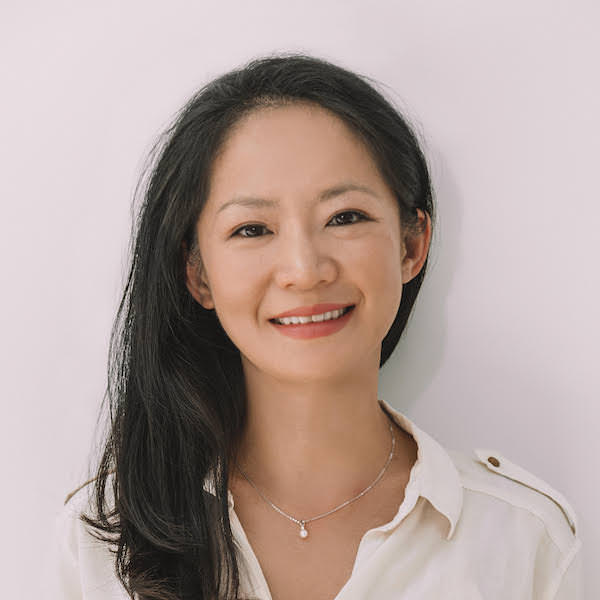 Dr. Chen is a U.K. physician who now lives and works in California. She is double board-certified in internal and family medicine and practiced in the U.K 14 years where she saw many patients improve their IBS, joint problems, skin issues, asthma, and seasonal allergies when they stopped consuming dairy. She is passionate about using food as medicine to achieve optimal wellness with a whole food plant-based approach. 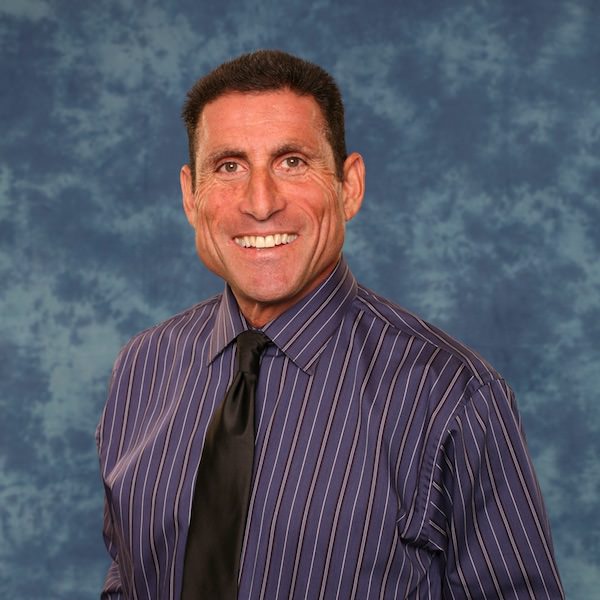 Eric Sternlicht, Ph.D., is an associate professor of Health Sciences in Crean College at Chapman University in Orange, California and president of Simply Fit, Inc., a nutrition and exercise consulting firm whose clients have included Disney, ESPN, Reebok, SONY, UCLA’s athletic department, and actor/director Clint Eastwood. As an educator for over thirty years, Dr. Sternlicht has been teaching classes that focus on the roles diet and lifestyle play in both disease development and progression, as well as disease treatment and prevention. Dr. Sternlicht and his mentor, R. James Barnard, Ph.D., have developed a course to introduce students to the research on the benefits of a WFPD. He teaches undergraduate pre-allied health care students that personal lifestyle choices play a role in chronic disease development and how a switch to a WFPD can improve health, functional capacity, and longevity and reduce morbidity and mortality. 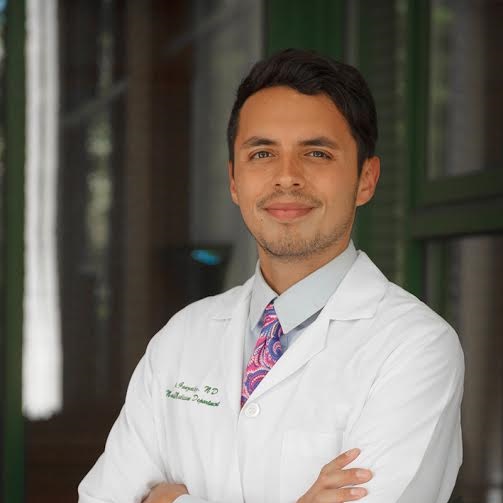 Dr. Christian Gonzalez, N.D., completed his Doctor of Naturopathic Medicine at the University of Bridgeport College of Naturopathic Medicine in 2014. His doctorate work includes a thesis reviewing the current and complementary treatments for bladder cancer. He has also completed a two-year residency position at the competitive Cancer Treatment Centers of America in Philadelphia, Pennsylvania. Here, he became proficient in Integrative Oncology through exposure to various disciplines and modalities. He provides optimal patient care by incorporating Naturopathic modalities, such as botanicals, homeopathy, and nutritional support, as well as various other therapeutics. He integrates the latest understanding of Naturopathic therapeutics into all types of medical conditions. Dr. Gonzalez applies the belief that the body has an innate ability to heal itself when given favorable conditions to thrive. 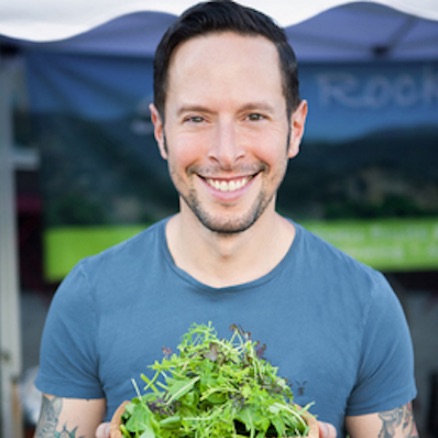 Jason Wrobel (J-Wro) is the bestselling author of the Hay House cookbook and lifestyle guide, Eaternity. As the first plant-based chef with a primetime television series, his groundbreaking show “How to Live to 100” taught millions of people how to prepare delicious, organic, healthy meals at home. A dedicated practitioner of yoga, pilates, weight training, and meditation for over a decade, he infuses his events, videos, and teachings with the importance of mindfulness, spirituality and fitness as the cornerstones of a balanced existence. With more than 20 years of experience in holistic, plant-based nutrition and gourmet cooking techniques, his offerings are fueled by his passionate, lighthearted and fun vibes. Jason is a graduate of the Living Light Culinary Institute as well as Byron Katie’s School for the Work and received his BA in Marketing Communications from Columbia College Chicago.
Download as PDF