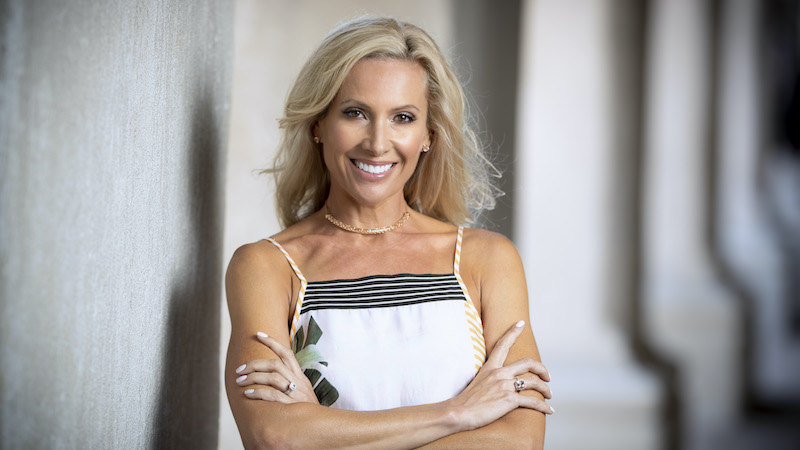 Following a prolific professional cycling career that produced a silver medal at the 2012 London Olympic Games, eight US national championships, two Pan American gold medals, and a world record, Dotsie Bausch now leads the nonprofit organization Switch4Good with a mission to educate professional and amateur athletes along with the general public about the health and performance benefits of removing dairy from their diets.

When Dotsie Bausch decided to make the switch to a plant-based diet, she was told she would never make it to the Olympic Games. She realized that her health and her values meant more to her than a medal and pressed forward with this diet change. As she tells it, her body quickly and unexpectedly transformed. She felt stronger, cycled faster, and experienced newfound energy. Three years later, she stood atop the Olympic podium and accepted her silver medal at the 2012 London Olympic Games.

Switch4Good launched with a bold national television commercial that aired during both the closing ceremonies of the 2018 Olympic Games and the pre-and-post-show Academy Awards. Starring six dairy-free Olympians from four countries, the 30-second PSA drove home the message that dairy is not a health food—not for athletes, and not for the general public.

Since founding Switch4Good, Bausch has become a powerful proponent of a plantbased diet for athletes and non-athletes alike. She starred in the hugely popular documentary film The Game Changers (produced by James Cameron), offered commentary before the United States’ 2020-2025 Dietary Guidelines Advisory Committee, and continually serves as an expert on plant-based nutrition for major media outlets. Bausch is regarded as one of the top authorities on both the performance and health benefits of a dairy-free diet and was voted in 2019 by VegNews as one of the world’s Top 20 Most Influential Vegans.

Bausch speaks passionately around the world to spread her message about the positive impacts a plant-based lifestyle has on animals, humans, and the environment. Her popular TEDx Talk, “Olympic Level Compassion,” has garnered over 175,000 views, serving as a catalyst for change for thousands of people.

Long before embodying radiant health and becoming an influential game-changer, Bausch struggled for years with severe eating disorders and a recreational drug habit, that combined, led to a suicide attempt. It was during her long recovery that she discovered her gift and love for cycling. She swiftly made her way to the professionals and competed for 14 years—a career that culminated in a silver medal and setting a record as the oldest athlete to compete at the Olympic Games in the sport of cycling. Her unlikely and triumphant story is chronicled in the Netflix documentary Personal Gold.

Dotsie Bausch lives by the Switch4Good motto—Live better. Do more. Dairy-free—and is on a mission to educate and empower others to do the same. She lives in Orange County, CA with her husband and two chihuahuas. She still enjoys cycling and is often seen riding alongside her husband in their matching Switch4Good gear.