Got (Plant) Milk? Breaking down the Myths and Benefits of Nondairy Alternatives

Recently being named one of Canada’s Top 10 Vegan Athletes has been an absolute honor and equally as much of a responsibility. Explaining why my in-depth research lead me to these personal choices has now taken an even broader approach since the Canadian Food Guide announced its most significant change in 12 years with the elimination of “milk and alternatives” and push towards consuming plant-based protein.

If you asked me my opinion on ditching dairy nearly three years ago, I would have called you nuts! As an ultramarathon trail runner, I never thought I could keep up with running 50+ kilometers if this “must have” food group was no longer in my diet. That’s until I started to dive deep into why my body and mind was fighting the consumption of dairy and take a look behind the scenes to really uncover the truth of what is best for our bodies nutritionally. As an international speaker now helping people across the world implement a plant-based lifestyle, I’m happy to share that after many visits to Europe walking into grocery stores shocked by how tiny their dairy selection was, that eventually, Canada’s standards may measure up to the same. All thanks to awareness.

Medical experts are revealing the many health hazards of dairy foods. The curtains are being pulled back to expose the truth behind the dairy industry’s deceptive marketing campaigns, and my purpose is to help you learn the facts and make a decision for your best health based around that. 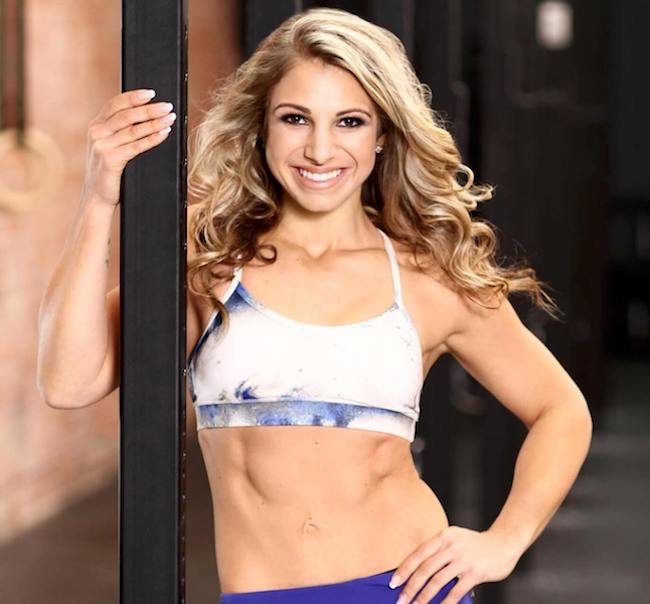 What’s key to know about the Canadian Food Guide announcement in regards to milk?

The new guide minimizes dairy consumption. It recommends water—not milk—as the “drink of choice” and eliminates the previous “milk-and-alternatives” food group. The visual guide (as seen below) shows a plate topped with a variety of produce, protein, and whole grains, but the only dairy pictured is yogurt. Also, gone are recommendations for specific portions or daily servings. As stated by Dr. Yoni Freedhoff, an associate professor in the department of family medicine at the University of Ottawa, “[Recommended servings] provided the food industry with something really powerful to market — especially the dairy industry, which talked about how many servings of dairy you needed to have per day, and how Canadians were doing a poor job with that.”

Dr. Hasan Hutchinson, director general of Health Canada’s office of nutrition policy and promotion, said the long-awaited rewrite of the food guide is based on a rigorous scientific review using the best available evidence.

Editor’s note: Before the release of the new Food Guide, the Dairy Farmers of Canada expressed concern about a revision that de-emphasizes the dairy products category because it “would cause further harm to the dairy sector by deliberately diminishing the nutritional value of dairy in the eyes of Canadians – in spite of scientific evidence.” 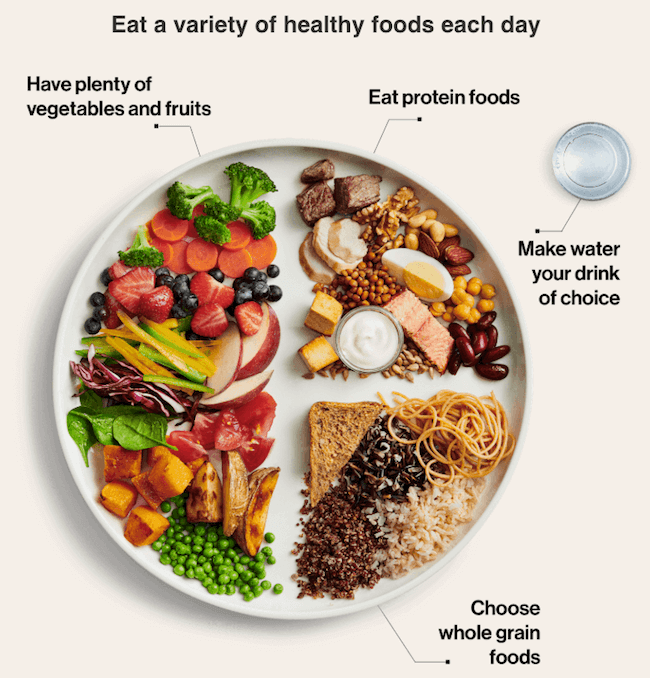 Breaking Down the Myths

Slight indications of this change for the world of dairy hit media airwaves as a PSA aired during the closing ceremonies of the 2018 Winter Olympic Games featuring six former Olympians, each detailing the health benefits they personally experienced from eliminating dairy from their diets. The Switch4Good commercial can be seen here, alongside many science-based discoveries below: 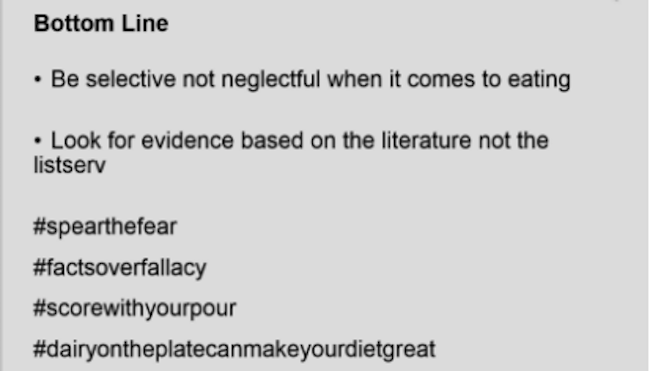 The National Dairy Council recently held a webinar, “Fuels of Engagement: [Dairy] Myth Busting and Science Trusting,” to address the increasing concerns many consumers have about cow’s milk and dairy products. The webinar was specifically held for fitness professionals. I joined the Switch4Good team of Olympic and professional worldwide athletes to ask some tough but polite questions to get others on the webinar thinking. This image above was one of the slides from the online lecturer in support of dairy. What stood out most were the hashtags loudly echoing their fear that change is on the horizon.

Your Best Dairy and Plant-Based Alternatives

Despite this recent announcement to Canadians, there are many companies on the market with products already available to assist you in making the best choice for yourself. The following are listed at MandyGill.com along with dairy-free recipe ideas from breakfast to dinner and everything in between. 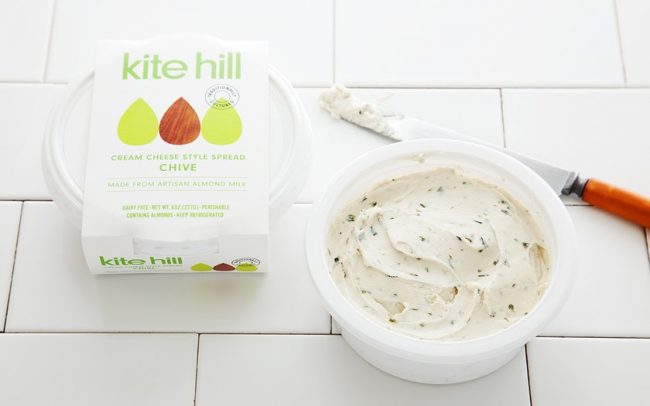 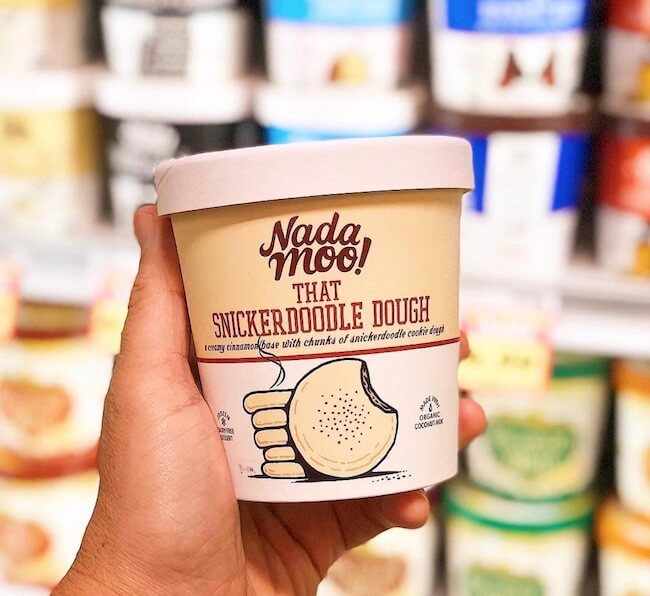 As important as it is to highlight the nutritional benefits of plant-based milks, it’s equally important to mention the environmental impact of how much water it takes to create dairy milk.

Consuming animal products is incredibly resource-intensive. Globally, farming uses about 70% of the planet’s accessible freshwater. This is compared to around 20% for industry and about 10% for domestic use.

Not only do plant-based milks typically require less water, they also have a smaller carbon footprint. Per cup, soy and almond milk have about half the carbon footprint of cow’s milk.

Here’s to a healthy you and a happy planet!

Reposted from Daily Hive with permission by Mandy Gill.