We’ve told multiple stories of dairy cows fated to a hard, short life. There are 9.34 million dairy cows in the US, all commoditized as cogs in the wheel of the massive, government-subsidized dairy industry. But not today. This story is about a cow that got away. Her name is Honey, and against all odds, she and one of her babies, Benjamin, were rescued. The pair currently live at Charlie’s Acres where they can live out their natural lives in comfort and safety—no milking machines, forced insemination, or veal crates to worry about.

In somewhat of an ironic move, the mother/son duo was rescued by an ice cream company—granted, a dairy-free ice cream company. Eclipse produces plant-based ice creams to help consumers make the switch from dairy-based frozen treats to plant-based pints. We heard about this heartwarming story through FARM—a longstanding nonprofit advocating for farmed animals. Aylon Steinhart—Eclipse co-founder and CEO—gave us the scoop on Honey and Benjamin’s rescue story. 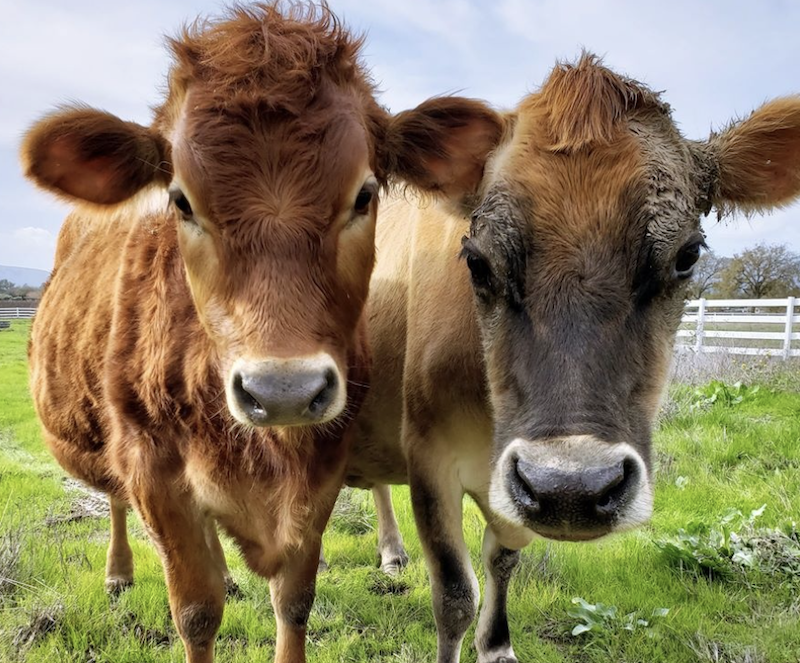 Honey’s story is unique for more than one reason. Not only was she fortunate enough to be rescued, she was old for a dairy cow. While a cow’s natural lifespan can range from 15-25 years, cows on commercial dairy farms (where Honey was found) are typically “spent” and sent to slaughter around five to six years old. Spent cows essentially cannot produce enough milk to keep up with the high volume mandated by commercial dairy farms. No longer profitable, these cows are sent to slaughter and packaged into lean ground beef.

The fact that Honey is 10 years old means that her body endured likely eight to nine pregnancies. While she has Benjamin—no doubt from her latest birth—she’s still lost so many other babies. It’s common protocol to take away calves from their mothers within 24-48 hours of birth. Males are killed immediately or sent to veal factories (there’s no profit to be made on male dairy calves—they don’t produce milk), and females are separated from their mothers, locked together until they are old enough to be impregnated themselves. It’s a small miracle Honey still had Benjamin by her side. 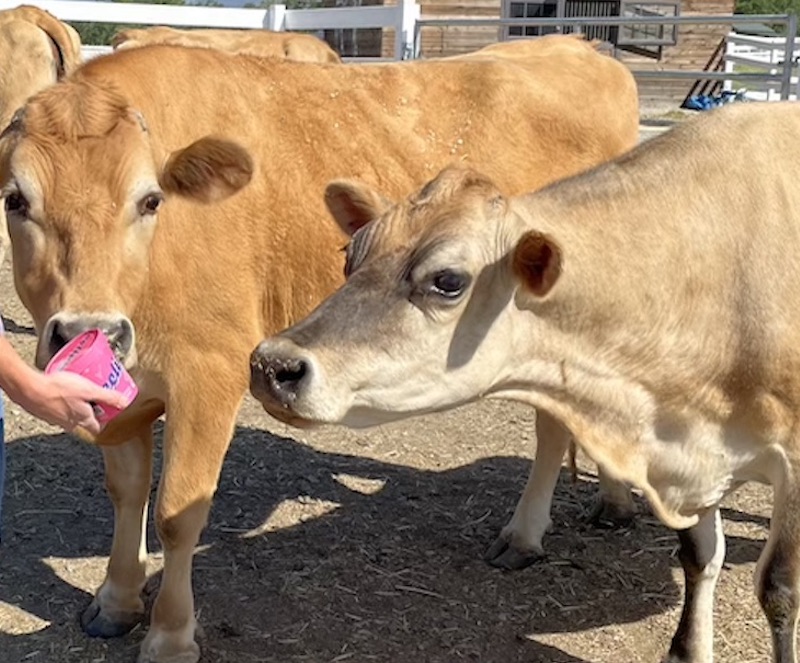 Steinhart told us how the company was introduced to these two gentle dairy cows. He explained that “some special humans were watching out for the pair” and connected them with Charlie’s Acres—a farm animal sanctuary in Sonoma, CA (just east of prime dairy cow country). Eclipse was looking into cow rescue, and it just couldn’t refuse the opportunity to save not just one cow, but two.

Steinhart described Honey as “quite thin and nervous around people” when she began her new life at the sanctuary. Steinhart continued, “Based on her udders, it was apparent she had given birth to quite a few babies while in the industry. It took a while to gain her trust and go near enough to pet her, but she and Benjamin are now living happily amongst the other cows and her new humans.” 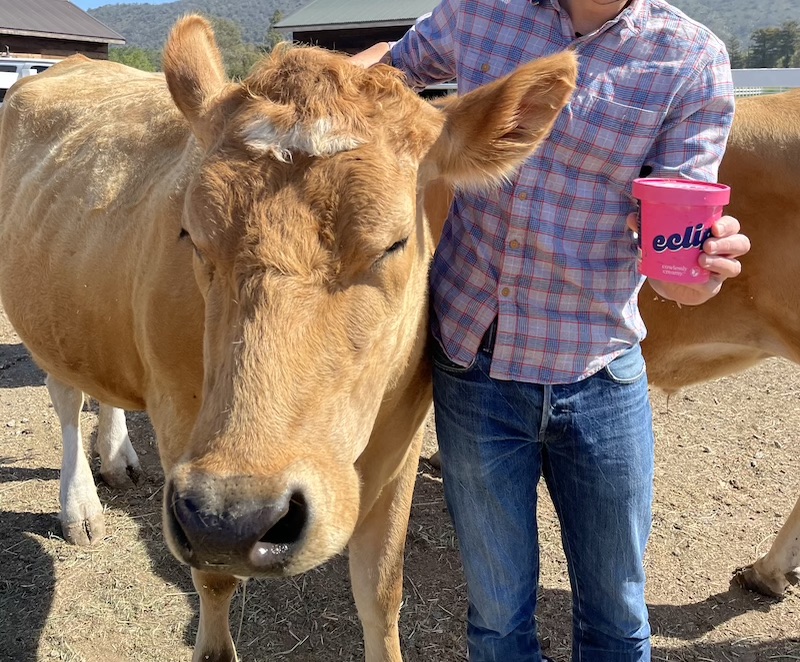 How Dairy-Free Ice Cream Can Save Dairy Cows

Many consumers pick a pint of ice cream with little thought beyond its flavor or price tag, but consumer selection has a tremendous impact on dairy cows. Opting for dairy-free varieties decreases the demand for cow’s milk and helps save dairy cows like Honey and Benjamin.

Steinhart states, “The ‘cost savings’ of choosing plant-based ice cream is another way we at Eclipse like to think about the massive potential of the good new days of dairy. Since our company was born in 2019, we’ve calculated that our plant-based ice cream eaten to date is making it possible for more than 1,200 dairy cows to be rescued from big dairies. As a young startup, this number motivates us to keep growing our impact and looking for more ways to multiply our plant-based forces to really change the food system for good.

For more dairy cow stories, visit our Her Story page.

← Natalie's Story Facts: The Plight of the Dairy Cow →