According to a 2016 hydration study featured by CNN last fall, water falls short when it comes to hydration. In fact, it’s number 10 on a list of 13 beverages—with skim milk, cola, and orange juice ranking as far superior in terms of hydration. Does this mean we should reach for a can of Coke or a glass of milk when thirst calls? No—it means someone seriously manipulated this study in favor of certain (pro-dairy) results.

This beverage hydration index was funded by the European Hydration Institute. The director, Jane Holdsworth, boasts over 10 years of technical and marketing experience with the New Zealand Dairy sector. She has also worked in marketing and product development roles for a wealth of food and beverage companies including Cadbury, Coca-Cola, Dairy Crest, and Danone. One can’t help but make the connection between Holdsworth’s past work and the leading beverages on this list (milk, cola, and juice).

To develop this index, a study was designed to favor milk (it ranked as the most hydrating). Seventy-two men were given water in addition to three other commonly consumed beverages that were randomly assigned. These drinks included full-fat and skim milk, diet and regular cola, coffee, tea, lager beer, sports drink, sparkling water, and oral rehydration solution. The participants drank one liter of their assigned beverage over thirty minutes, and their urine and weight were monitored over the next four hours to measure how much fluid the participant’s body retained. According to the researchers, the more fluid it retained, the more “hydrating” the beverage.

In the CNN coverage, the author emphasized milk’s superior ability to help the body retain water. Because skim milk contains sodium and small amounts of sugar (such as lactase), the article reasoned, it can slow the progress of fluid emptying from the stomach—therefore holding in more water. Oral medications used to treat diarrhea (oral rehydration solutions) do the same. But is water retention a desired state? Not necessarily. The body works at its best when a healthy flow of fluid is maintained. For example, constipation and bloat are two symptoms that can occur when such a flow is disrupted or stalled. Retaining water or slowing its processing through the body isn’t a sign of optimal hydration—it simply proves that the water is taking longer to get to the body—which is not the desired effect when your body needs the hydration.

Further, the study does not measure the amount of water left in the body—it can only measure the amount of fluid based on the urine collected. This is key. Water is the element that determines one’s hydration level, but without knowing the actual water content retained, the urine sample tells us nothing. Additionally, the researchers are not able to identify where the water (or fluid) is retained within the body. For example, if the fluid from milk passed from the stomach to the small intestine, it takes longer to reach the bloodstream—which is where it is needed to maintain blood volume, aid in the transportation of oxygen, and help remove waste. In essence, the researchers have not determined the hydration levels of these beverages at all.

Overall, the study far oversimplifies the science of hydration. These participants consumed all beverages on an empty stomach and did not ingest anything else for the entire four-hour duration of each test. The contents of one’s stomach significantly dictate the rate at which fluid passes through our systems, and it is unrealistic to assume that the average person goes over four hours without eating or drinking anything. The vast majority of people do not rely on one beverage to keep them hydrated for such a length of time; therefore, the results are not applicable to the real world.

This study is yet another example of dairy-tainted money going into a calculated study to “prove” the benefits of dairy. The industry constantly attempts to highlight dairy’s positive attributes while conveniently ignoring (and at times flat out denying) the very real and serious consequences of this substance. Dairy can cause inflammation, gastrointestinal distress, and other more serious issues such as hormone-dependent cancer and cardiovascular disease. To put it dairy’s tactics into perspective—If nicotine-infused water was marketed to be more hydrating than water, would you drink it?

Anyone who experiences or knows someone who experiences a severe food allergy knows how serious it can be. Certain foods can prove to be life-threatening, and these severe allergies are particularly prominent in young children. According to John Hopkins, five percent...

How versatile is dairy-free milk? Considering all the options, you may wonder if every single one can be swapped for cow’s milk for different applications. Truth be told, some dairy-free milk is extremely versatile (like soy), and some yield best results in specific... 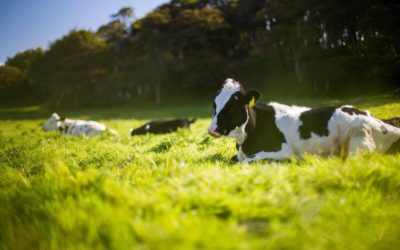 The past year has presented many challenges including a global pandemic and numerous climate change related weather disasters. Because of those challenges, lawmakers and their constituents have contemplated how our treatment of animals and the planet impacts our...