She ate her crunchy granola in her modern kitchen that beautiful morning, the music of songbirds touching her ears. The wind moved the tall grass for as long as the eye could see as she looked out to the mountain ranges. The deepest love welled up within her when she saw his name come up on her screen. But the tone in his voice told her something was wrong. He asked her when she was leaving the house, and upon hearing her answer felt the need to warn her about what she would see.

In this stunning pastoral setting, her neighbor would be “home-killing” the tiny baby cows he had stolen from their mothers just months before. The implements of death would be set up in public view on the road – so she would have to drive by and see the violence as she went about her day. She was in awe that such a violent and senseless act was such a casual occurence in her neighborhood that it could simply occur on the side of the road.

As the day warmed, the beauty and majesty of nature bloomed. Scents of flowers sifted and hawks soared through the sunny air. The paradox of the beauty of the day and the darkness of what was about to occur seemed so incongruent to her. Such a tragedy to die on such a gorgeous day… to have your life taken from you when the air envelopes you like a cozy blanket.

The blood spilling onto the pavement, smell of iron riding up on the heat. A baby’s life taken with no choice in the matter at all. An innocent being who was born to die, seen as a commodity rather than a helpless infant. What must it be like to wake up on such a magnificent day and have it be your last? To watch your friends die in line before you? To smell the blood, to feel the nervous energy through the ground, to be betrayed by the man who has been feeding you?

But, more than anything, she was sad at the tragedy of her neighbor. This poor creature who had been fed lies his whole life to believe that killing other earthlings is acceptable so long as they are different. To engage in the barbaric ritual of eating another’s flesh without seeing the damage that very flesh wrecks on his own body, completely not understanding the karmic effect of his deeds. To have such an unquestioning nature that he was blind to the parts of life that make our existence most beautiful – the diversity on the planet that is all interconnected.

For her, part of living with an open heart was trying to not judge him. A challenging struggle, however, an opportunity to practice what she preached – to love in the face of adversity, to withhold judgment, to extend an arm across the aisle. Those beautiful calves were doomed the moment they were conceived in their tortured mother’s bellies. Her journey had taught her the solution was to somehow communicate the barbarity to the man. To make him see that this normalized, culturally accepted violence is the kiss of death for the planet and all of its inhabitants.

Ultimately, she knew that she was doing what she could for her home planet. She had stopped consuming products made from pieces of animals many years prior to her harrowing experience on that day. She never looked back on that decision. In fact, every day that passed her only regret was not going plant based sooner – not being open to seeing how easy it was to source nutritious foods from plants rather than from exploited animals. On this day, she gave thanks to the great beyond that she was already part of the solution.

Danielle Lowy is a certified yoga, pilates, aerial and GYROTONIC ® instructor. Danielle is proud to call herself a plant powered athlete and believes the teachings of ancient yoga align with modern day veganism. Her roots in fitness began as a ballet dancer and competitive gymnast, which she pursued through university. Through her years of dance and gymnastics her injuries were collecting just like her trophies, and so she turned to yoga and GYROTONIC ® to rehabilitate herself. From there she dove deep down the rabbit hole of fitness as medicine and has explored and trained in many different modalities of movement. 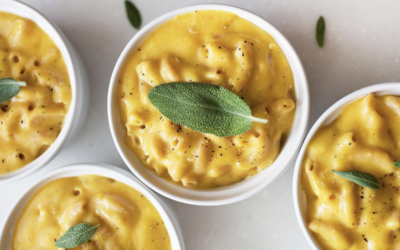 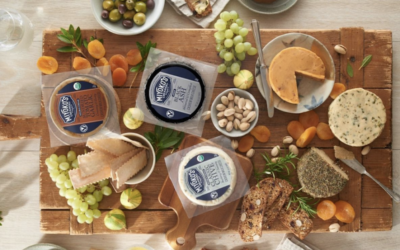 10 Best Dairy-Free Cheeses That Taste Like the Real Thing

If you’ve been in a long-term relationship with cheese, you may not know how hot the dairy-free dating scene is. In just the past few years, non-dairy cheese has reached its A-game, and there are plenty of attractive options to choose from. From gourmet gouda to... 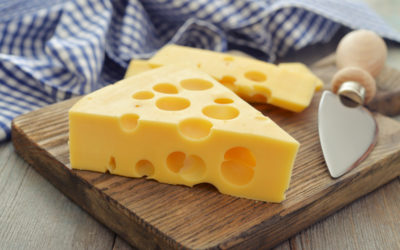 6 Easy Ways to Cut Out Cheese

The mere idea of giving up cheese completely is daunting for many. The psychology is similar to the old trope—when someone tells you not to think of the purple elephant, all you think about is the purple elephant. We get it. When cheese is a staple in your diet and...